JC regrets that he will not be opening his studio for the 2020 tour. He hopes to see you next year. 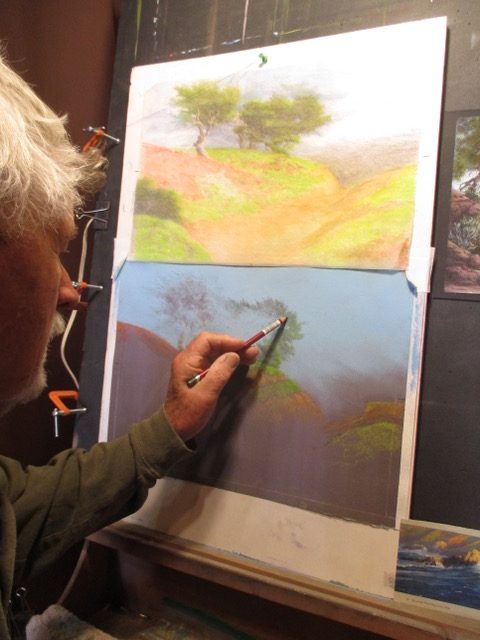 When JC Borders left his Illinois prairie roots, he fought fires in Phoenix, and then managed a remediation business in Oregon for 30 years. He then moved to Moab, where he led his Canyon Light photo tour business and taught pastel painting. The views certainly changed, but the drive to capture color, lines, atmosphere, and accurate flora and fauna never left him. His subjects morphed from lupines in grassy meadows and foggy seascapes to red rock alcoves and sand sages in dunes and snow.

Borders selects from trays of soft pastels and tins of pastel pencils for realistic portrayals of falcons, yuccas, old fences, red rock strata, and desert pools. His shelves also contain thousands of reference photographs collected over decades of trips and tours throughout the southwest.

If French Impressionist painter Claude Monet had lived in the southwest US instead of in Giverny, France, he might have painted sand sages in his studio instead of water lilies. Borders, who had once dreamed of doing landscaping for a living, uses his Moab grounds also as a living canvas for desert shrubs and trees and a large plot of seasonal vegetables and flowers that surround the Santa Fe-style home he designed and built.

Moab winters drive Borders back into the studio. He prefers black, sanded pastel paper for depth and texture. “I just bring my subjects into the light,” he says. “The shadows are already there.”

In addition to seeing his work during this Studio Tour, his paintings can also be seen at Canyonlands Field Airport and the Moab Regional Hospital. 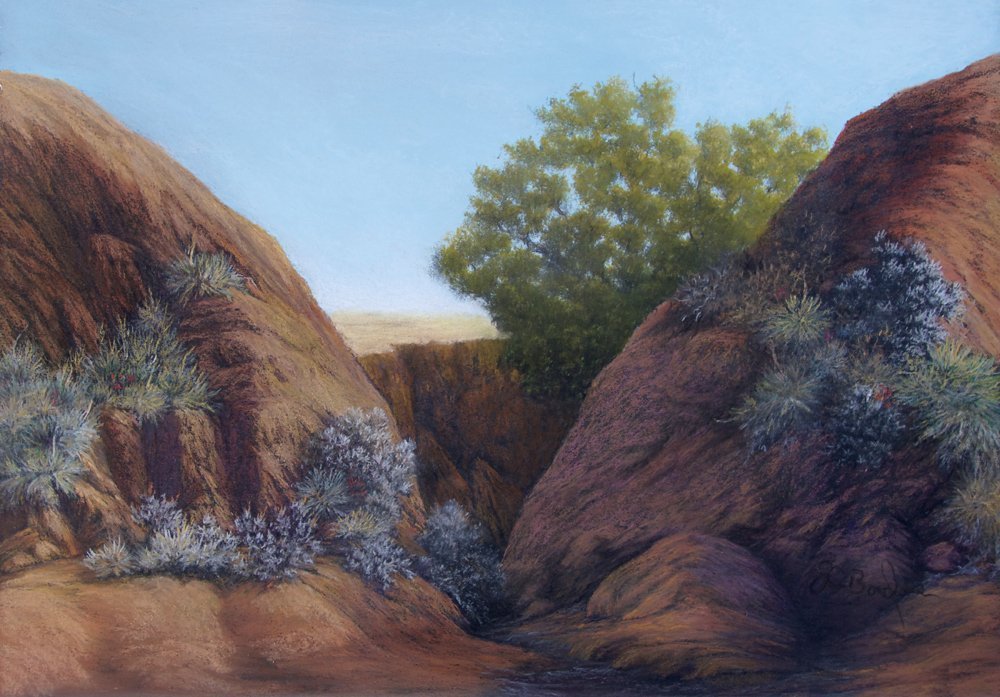 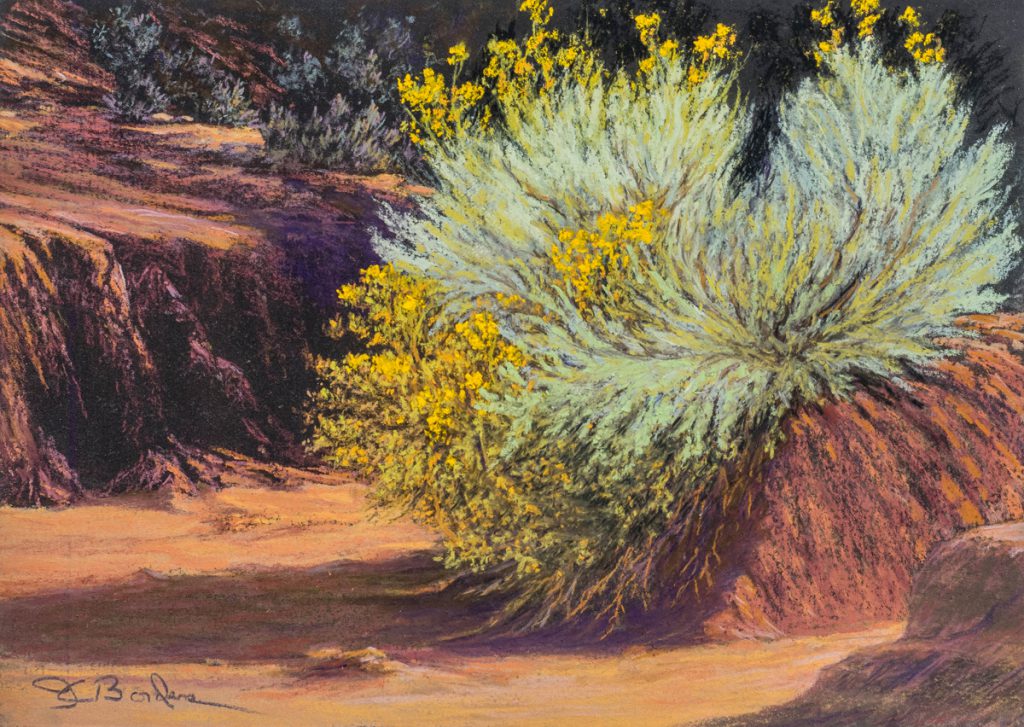 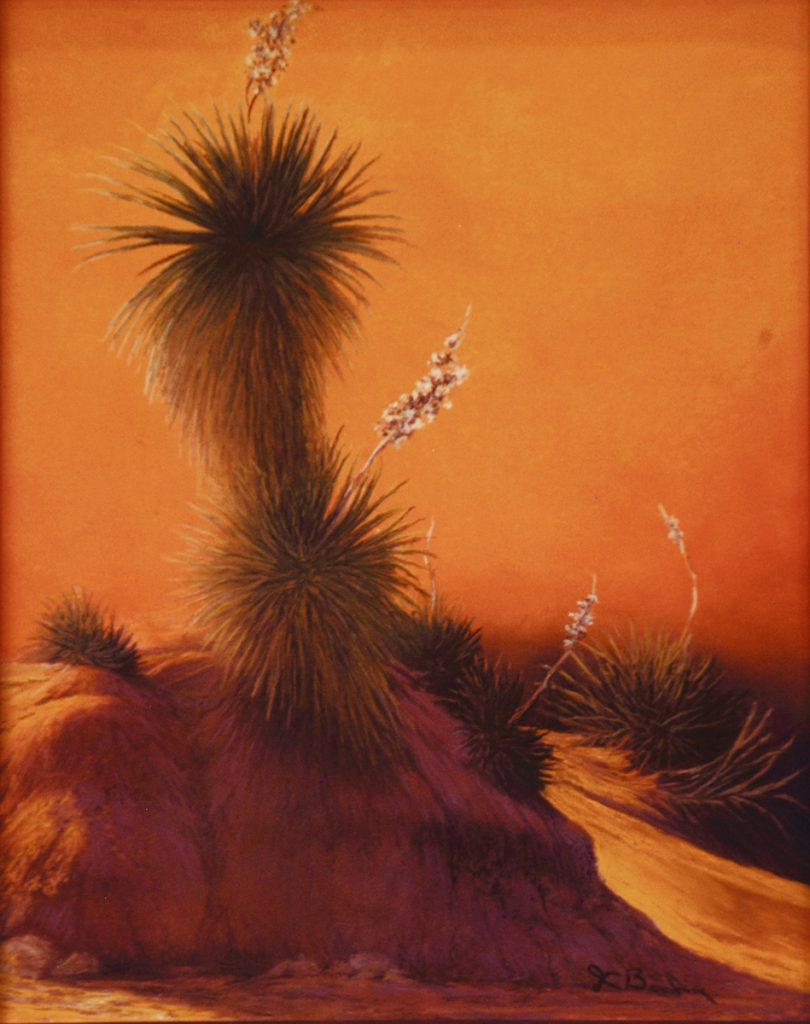